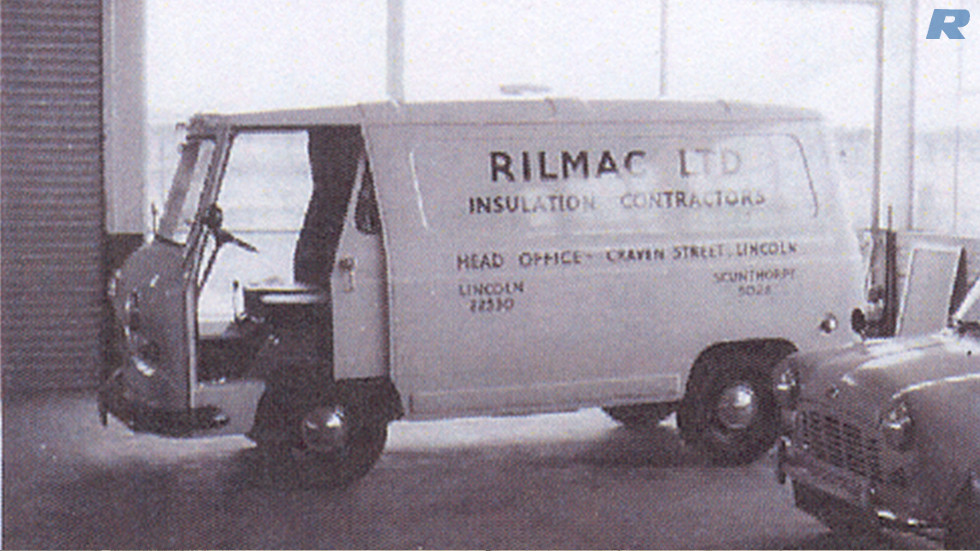 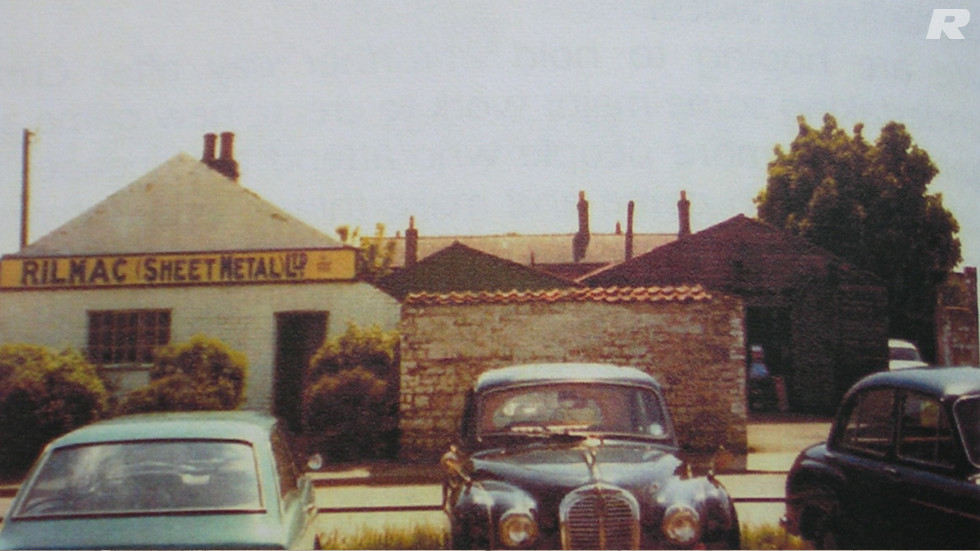 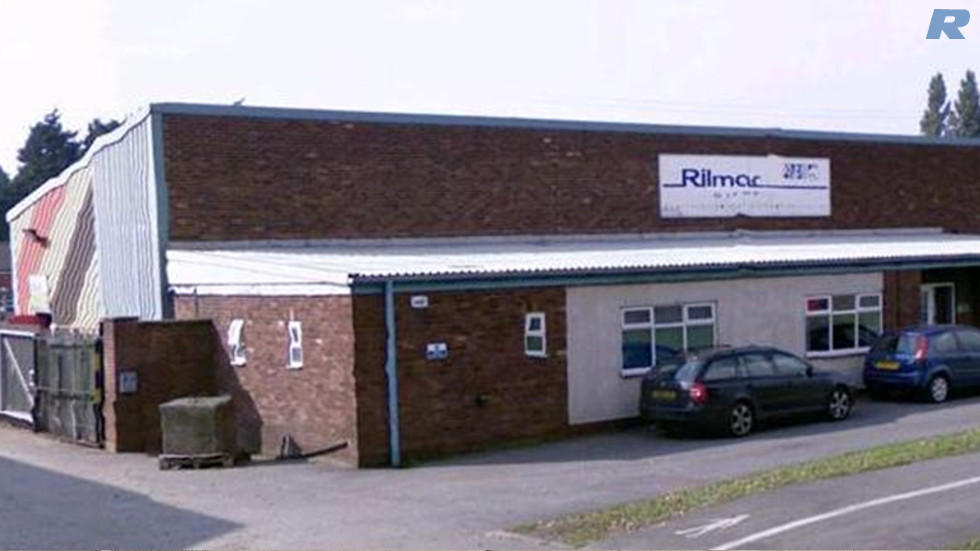 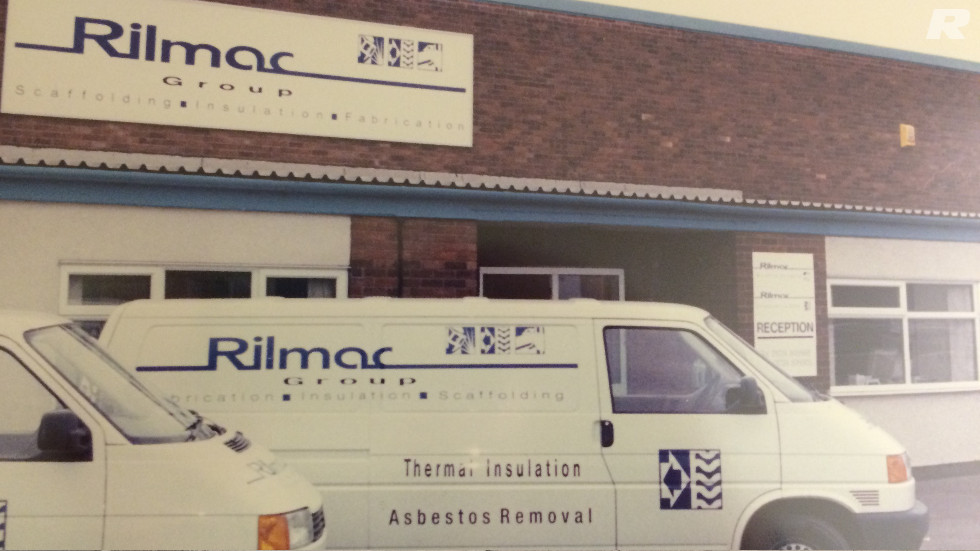 The Rilmac Group of Companies now has three divisions providing commercial insulation and asbestos removal services, fabrication and scaffolding, and employs around 280 people with a turnover approaching £19 million.

History of Rilmac. The Rilmac Group of Companies now has three divisions providing commercial insulation and asbestos removal services, fabrication and scaffolding, and employs around 280 people with a turnover approaching £19 million. Rilmac history is well worth exploring further.

From what started as three men and a van – an idea by Gordon Riley and Jock MacFadyan – Rilmac has come a long way from its humble beginnings.

In 1957, Roger Walker saw an opportunity, opted to buy out his partners, selling his car to help him raise £700 towards his investment, and incorporated Rilmac Limited as a company.

Roger’s son Paul, the current Rilmac Chairman, remembers first walking through the doors of the company with his late father.
“I remember going in with my dad on that Saturday morning when he first took over and I cleaned a metal propeller. He gave me what is equivalent today to a penny and a half for four hours work,” said Paul.
Since that day all those years ago, the company has gone from strength-to-strength and has established itself both nationwide and worldwide.

Paul took on the day-to-day responsibility for the business from his father in 1991, when he became the Group Managing Director. Sadly Roger Walker passed away in 2009 aged 85. Paul said his father would have been “very proud” to see the company today.

Speaking of Rilmac’s secret to success, he said: “You’ve got to be in the right place at the right time and work very hard. There is no shortcut to success.”
“Having a great team is one of the big things we like to think we have at Rilmac. When you work together, it’s surprising what you can build.”
“People are hungry for success, and great opportunities over the years have meant the company has been able to evolve and grow.”

The Rilmac Group of Companies now has three divisions providing commercial insulation and asbestos removal services, fabrication and scaffolding, and employs around 280 people with a turnover approaching £19 million.

Still owned and managed by the same family, the Group has now entered into its third generation. Paul’s son Tom joined the business six years ago and Paul says Roger would have been delighted.
“I think it is a very good thing that he chose to come into the business and he sees this as his future and I’m proud of that. It’s a third generation business.”
“I think for employees and staff it is a very positive thing that there is continuity over the years.”
“We have our disagreements but I can remember things like that with my father, he took no prisoners and was a disciplinarian. Sometimes it is tough love and I have no problem in saying what I need to say to Tom.”
“Tom started at the bottom making tea, he has worked his way up, and earned respect getting his hands dirty.”

When opportunities arose then, as now, Rilmac actively try to maximise them.
“It was my father who built the company up with the help of others, including my brothers, David and John. When the opportunities came up to diversify in to a different area, we would start small and grow in a controlled manner.” said Paul.
“A company cannot stand still. You get good breaks and bad breaks and we have found our good breaks and taken advantage.”
Rilmac Sheet Metal was built from nothing in 1968 and now, known as Rilmac Fabrication, it is a very different business. It was several years later, in 1990 that the successful Scaffolding Division was established also from a standing start.

Paul confirmed Rilmac are always looking to diversify and already have plans for the future.

Rilmac opened the scaffolding yard in Northampton around two years ago and now employs around 50 people locally. There is also now a desire to grow further in to London and the South East.

Paul said: “Being a service company it is vital for us to look after our customers well, giving them a good job and offering competitive prices.”
“We have all the right qualifications, however really it comes down to our service and being there for our customers.”

“When the day does come, I will feel proud of what we have achieved. I think I’ll know when it is time to step down and pass the business on. I’d like Rilmac to go on for a long, long time and we’re hoping for 60 more years.”

"The design services of Rilmac have been invaluable to us across various projects within MOD CA contracts making use of the in house bespoke design services involved in some difficult projects made easier by the professional approach.
Wiliness as previously mentioned is evident in occasions of assistance in site attendance and advice to both our business and the client CA in advising both on any aspects they can be of assistance. They promote collaborative working across all parties."