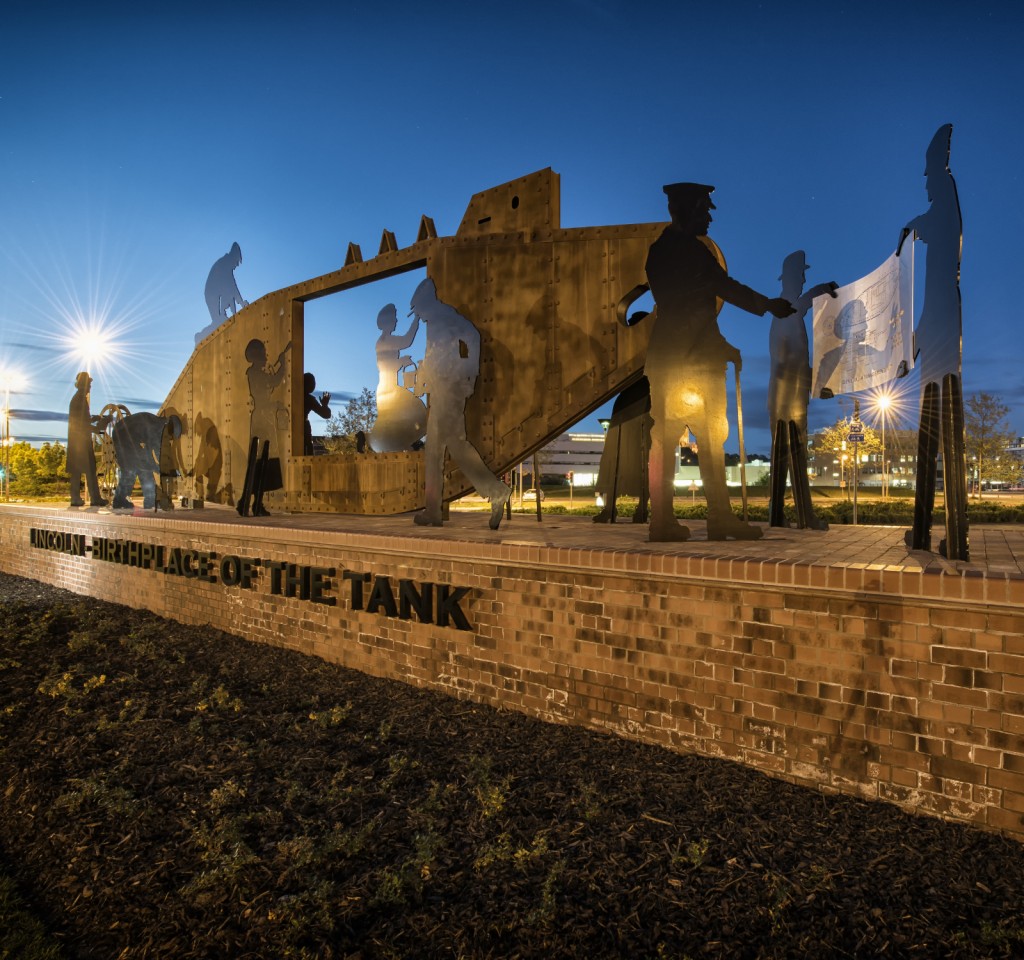 100 years since the first tank

100 years ago (Feb 2nd 1916) Britain’s political and military hierarchy, including Lloyd George, Balfour and Lord Kitchener, saw “Mother” the Lincoln made prototype tank for the first time. The secret demonstration at Hatfield by William Foster and Co quickly led to the Lincoln company winning the first tank order in history.

99 Years later Rilmac Fabrication were commissioned to produce the Lincoln Tank memorial, celebrating the engineering triumph, just metres away from where the original tanks were built – see the making of the tank memorial video here.

Military Historian Richard Pullen and filmmaker Andrew Blow are now on a Centenary Tank Tour to recall the invention and manufacture of the world’s first fighting tanks in Lincoln.

Their Lecture, Film Show and chat tackle the local engineering, social history and human stories behind the tank story, remembering the lives of the munitionettes – the women who helped build the tanks.

Their Facebook page carries details of all of their gigs and more. https://www.facebook.com/birthofthetanks

For details of their Birth of the Tanks DVD, highly commended by Bovington Tank Museum, and their Lincoln Tank Weekend DVD, please go to this site: