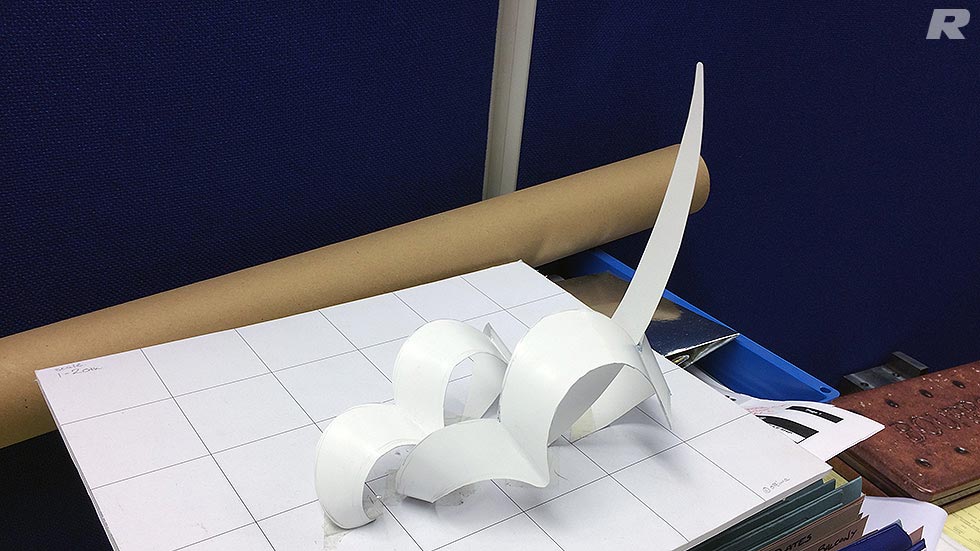 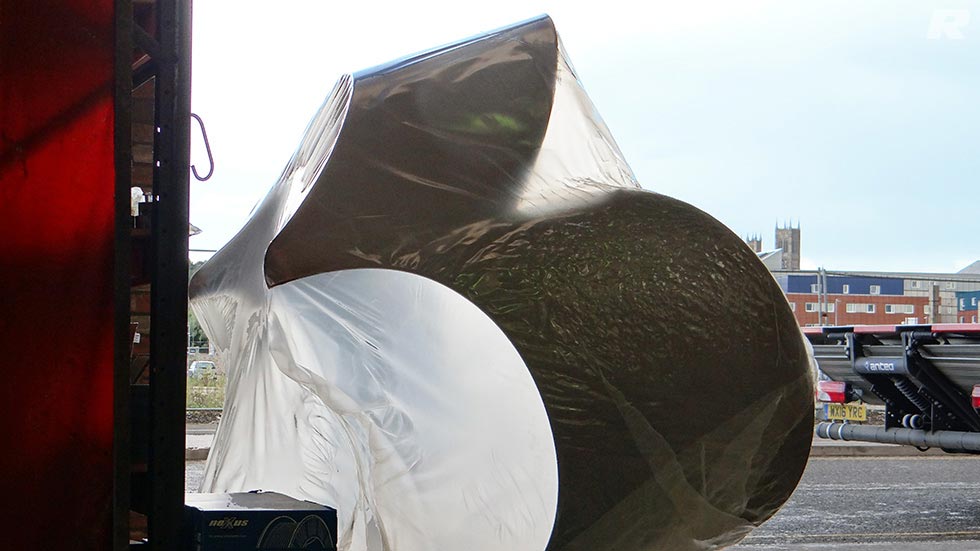 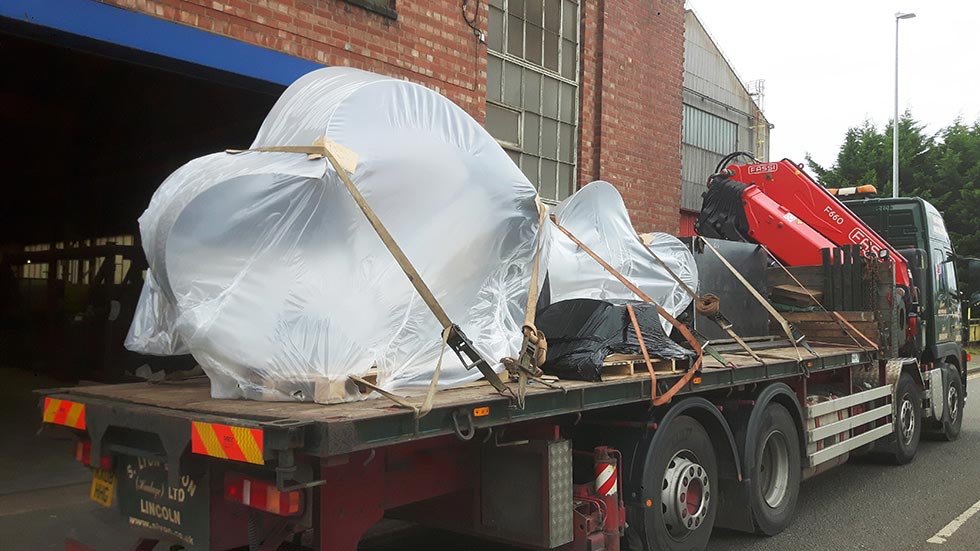 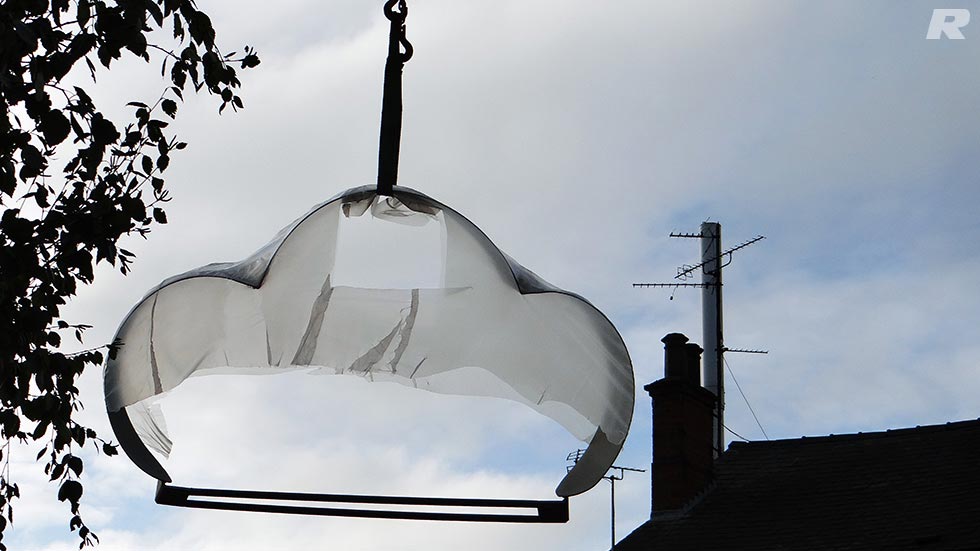 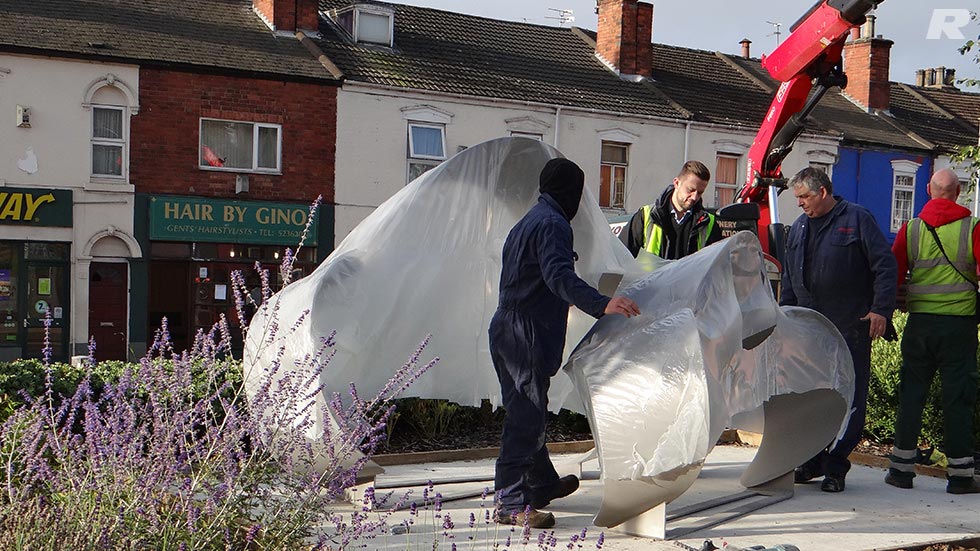 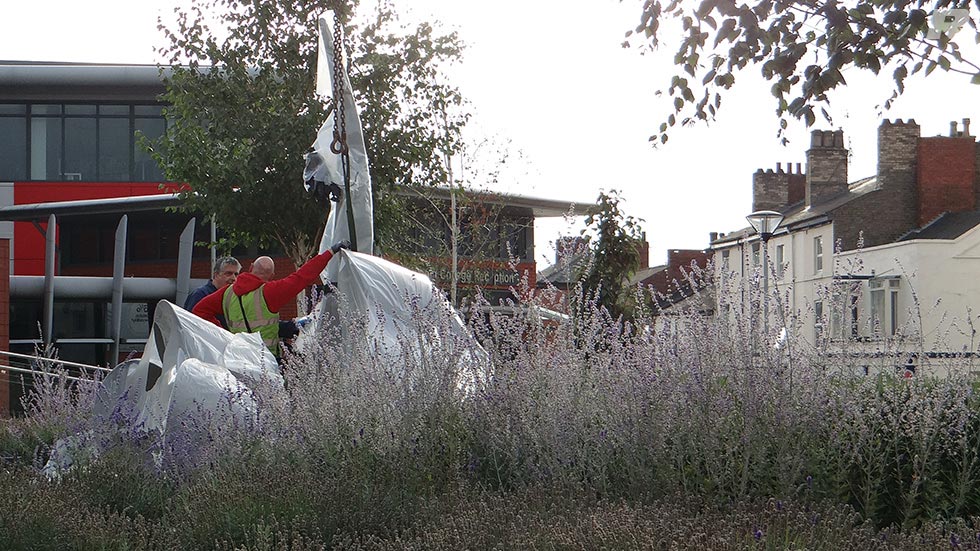 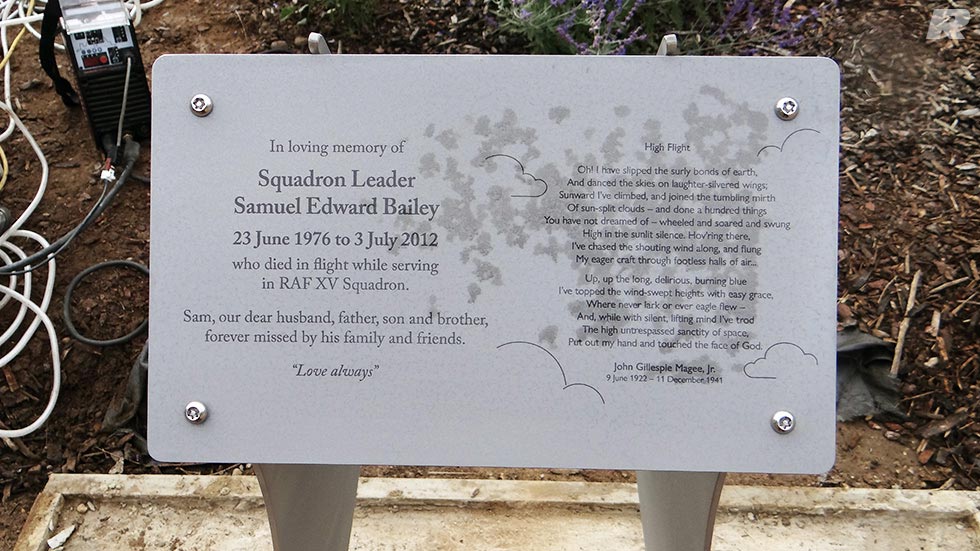 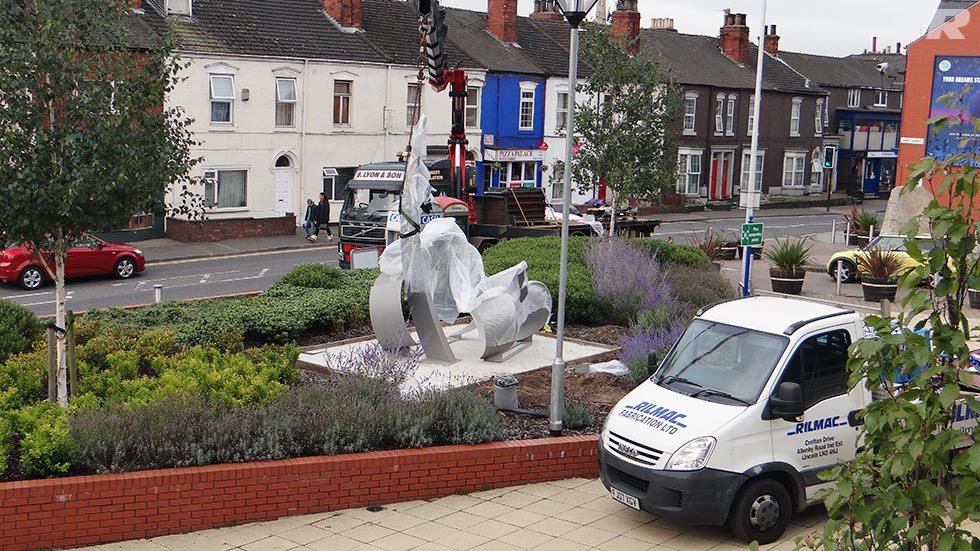 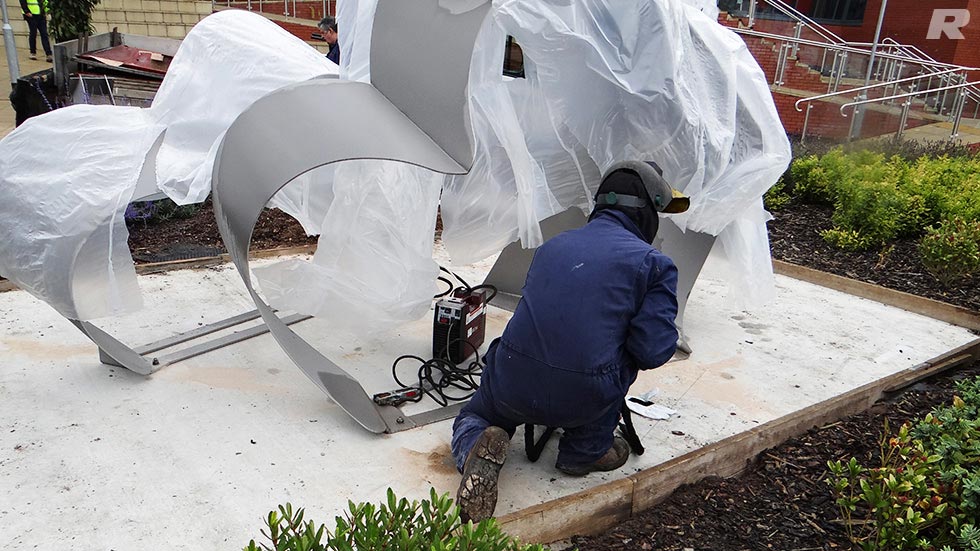 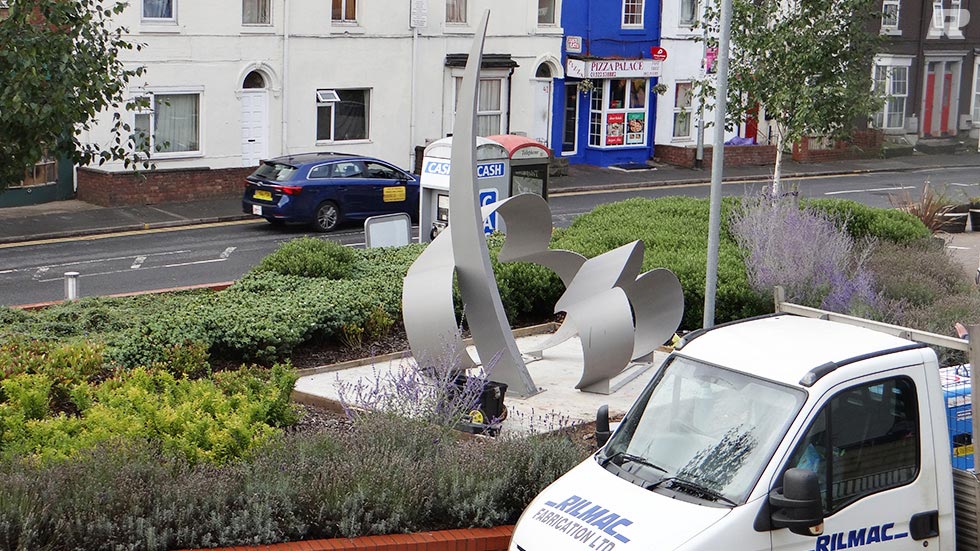 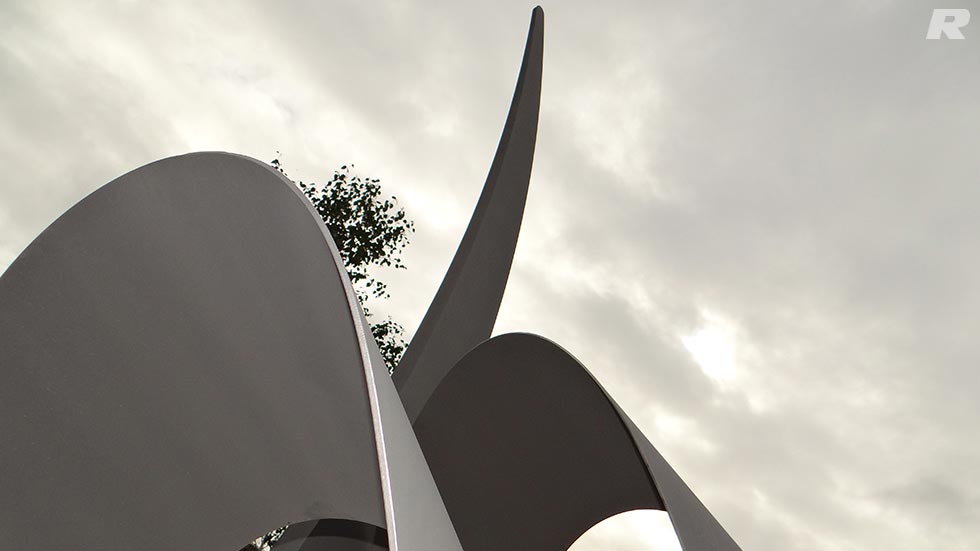 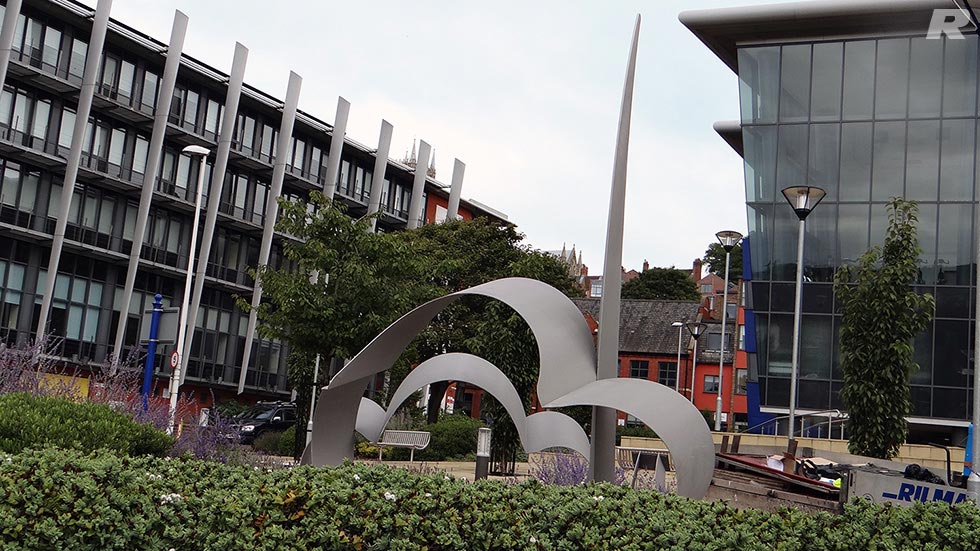 Rilmac Fabrication were first approached regarding the sculpture by Lincoln College in Spring 2016 and were introduced to the designers, Optima Design.

Rilmac Fabrication were first approached regarding the sculpture by Lincoln College in Spring 2016 and were introduced to the designers, Optima Design. Working together several solutions were discussed and a number of artist’s impressions developed. The final design was selected by the Bailey Family along with Lincoln College.

Once the alternative designs were shelved, budgets agreed and the selected design approved, a paper scale model was produced and offered to Rilmac to produce computer aided design detail drawings enabling lasercut profiles to be progressed. After planning permission had been received Rilmac were given the go ahead in spring 2017. Materials and finishes were approved by all parties involved and work began in earnest.

The project has allowed Rilmac Fabrication to invest in some new, specialist rollers to achieve the desired effect required for the steel clouds. An additional plinth and plaque was added to the project later, which was built to match the main sculpture, with a laser engraving of a poem alongside words from the Bailey Family.

All parts were lasercut to the required shape prior to rolling and fabricated in our workshop. We had various visits from the designers throughout the production to ensure the desired effect was to be achieved. This was all as per the scale model and artists impressions, once fully fabricated, all parts were inspected and sent away for specialist blasting required for Stainless Steel. The final piece was then being carefully transported to site, where it was installed by Rilmac engineers, completing the project in situ.

"“Superb effort by the whole Rilmac team, nothing was too much trouble, they understood the tight deadlines and did not let me down, plus the most important point the site guys worked in a professional and very safe manner.” (Mark of 10/10 in Satisfaction Survey)"