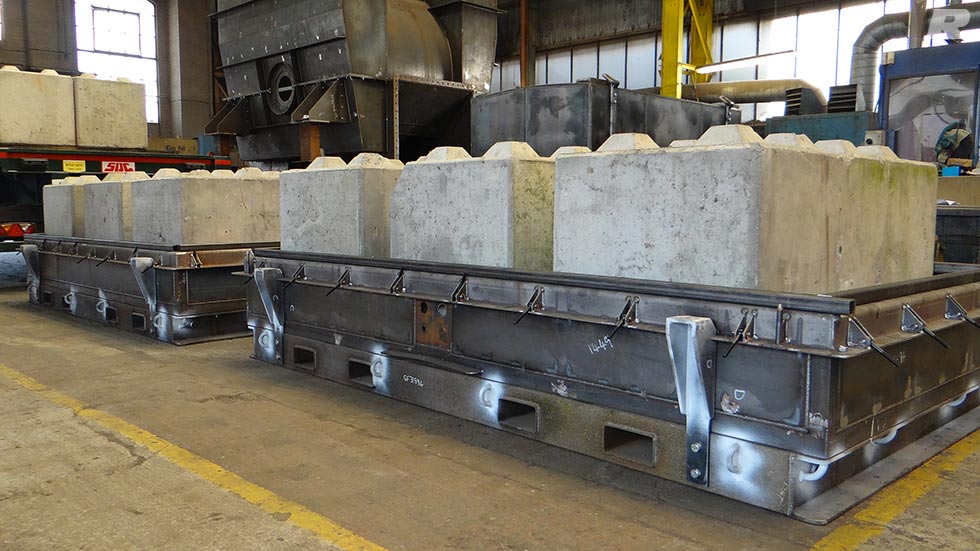 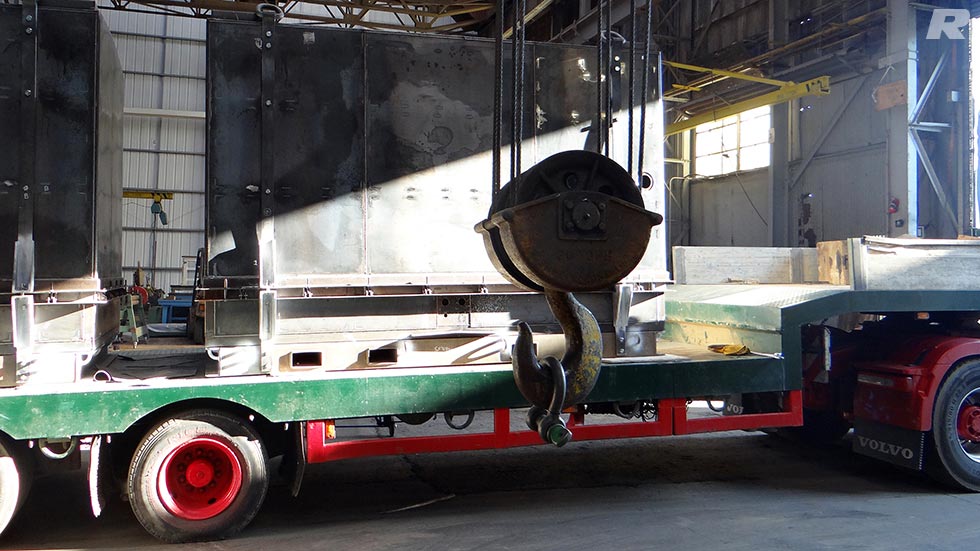 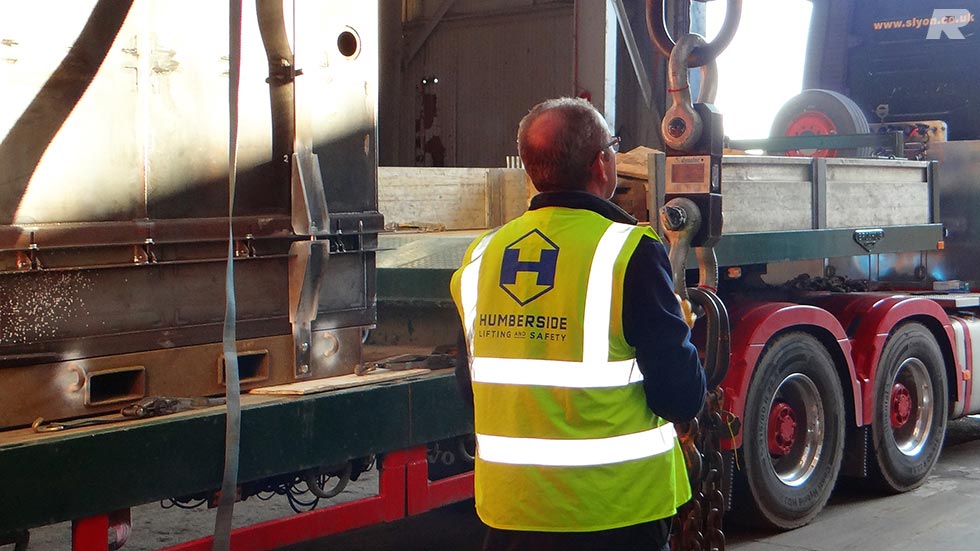 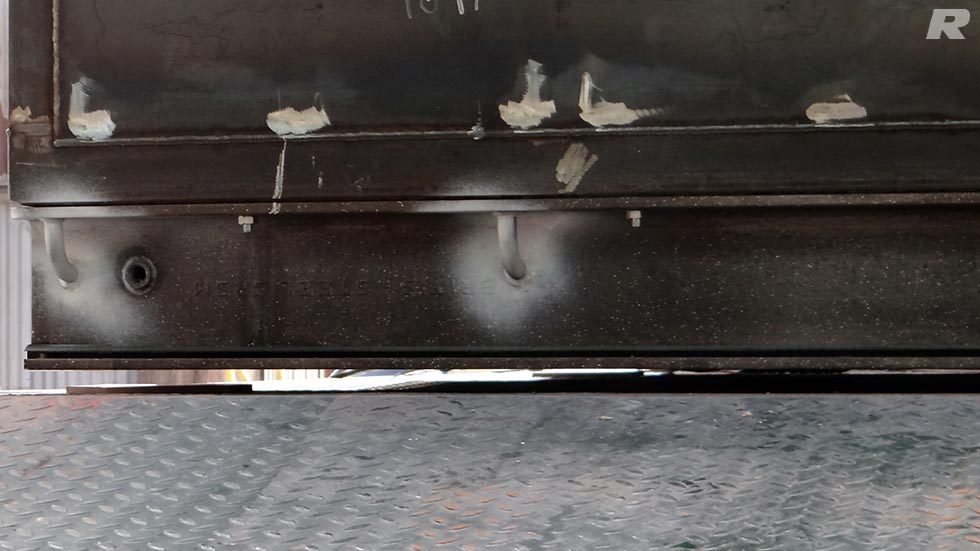 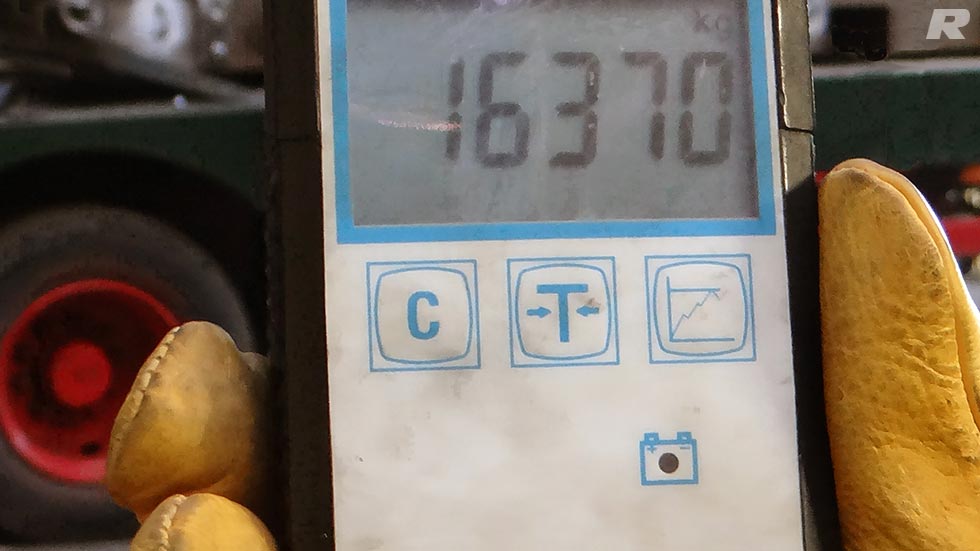 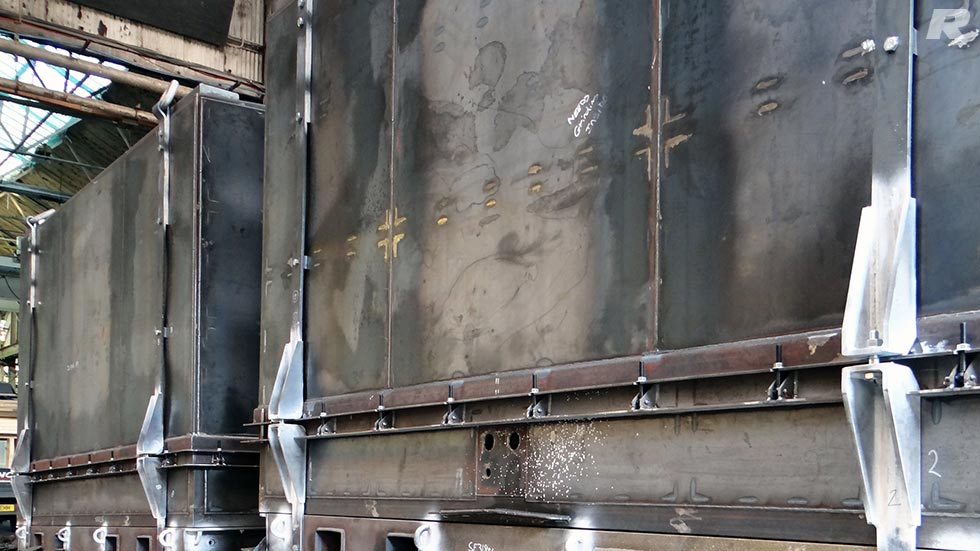 As part of a contract to fabricate two steel Transit Container units, designed for the secure transportation of gas turbine engines, Rilmac Fabrication were required to provide Proof Load Testing services.  The Proof Load Test on this occasion ensured the stability of the steel construction and the strength of the 12mm swing bolts used to join the two main elements of the unit.  Each unit had concrete blocks, each weighing around 2.2 tonnes placed inside, and was then bolted securely together.

An independent inspector from Humberside Lifting & Safety oversaw the test, using specially calibrated equipment designed to give an accurate reading of the weight attained.  During testing both units were lifted individually with loads in excess of 16.25 tonnes and suspended for over five minutes as detailed in the client specification. After the test each unit was found to be free from damage or permanent deformation to the steelwork and no issues with the bolts or triangular links.  A great success.

"I just wanted to give my sincere thanks for your support on your this week, without which I would have struggled to run them. It is most appreciated and it really helped drive the message home to the attendees.
As mentioned, these will likely be annually now so I may come back and hound you again for your assistance in the future!"